The airport is constructing a new air traffic control tower with an investment of ₹ 458 crore. The construction began at 2017 and is likely to go operational by 2021. The new building is built with latest green technology which have reduction in power load, rain water harvesting and with plenty of green area 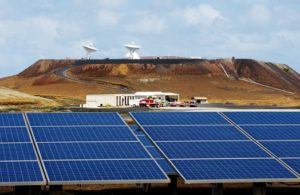