In April 2018, after going fully solar powered airport – it has turned its attention to vegetable crops – a unique idea where vegetables are cultivated under the solar farm – which prevents wild vegetation growth. It also serves the best way for utilzing the water used for cleaning the solar panels. After a period of one year, the airport solar farm has produced close to 40 tonnes of vegetables which include – cucumber, ash guard, ladies finger, long beans, green chillies etc., 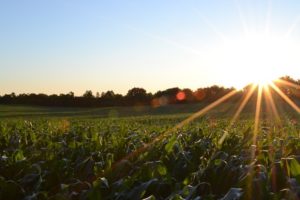