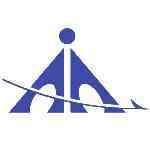 Varanasi Airport has become the first airport set to check in passengers through facial recognition system. The move is implemented through Digi Yatra initiative, through which a passenger will first create a Digi Yatra Id with using an approved ID proof document such as Aadhaar, PAN or driving license.

Later will have to go through a one-time facial verification at an e-gate at the airport’s departure terminal. Following this, the details will be stored on a centralized registration system and thereafter, the passenger’s face will act as the boarding pass.